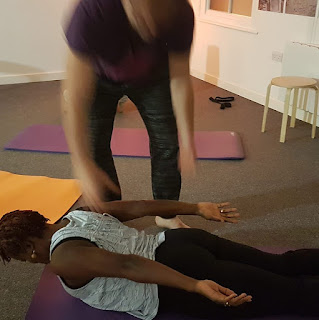 "My first duty is to teach safe, appropriate modified Pilates exercises in detailed precision, always going back to basics first.  My second is to encourage my clients to sustain their program and  move them on to higher levels when they are ready."
(Daniel Zylbersztajn-Lewandowski)

Every morning my father, who suffered from back pain, would perform 20 minutes of exercises almost religiously.  This if anything was my early introduction to exercise.

Much later, I have learned and studied all traditional Pilates moves. Still, I rarely teach "classical Pilates," to any of my clients, because it can actually be detrimental rather than beneficial to them. We know today that Joseph Pilates himself always adapted exercises to the individual needs of his clients, rather than force them into a  regime he published under the name of "Contrology."  Contrology is a basic model of reference,  not a one exercise fit all manual.

My training: Many years later I completed a Postgraduate Certificate in Exercise Science and a Master of Science in Sports Coaching (now called Sports Psychology) at Brunel University (London), where I wrote a critical master thesis on Ideokinesis, Imagery in Pilates Instruction. Amongst my key teachers, there were former Team GB Olympic M.D. Prof. Craig Sharpe, Team GB Olympic gymnastic coach Misia Gervis.

I was concurrently Pilates apprentice of Alan Herdman, one of the senior and highly regarded global Pilates authorities, and also trained at the German Polestar Pilates headquarters in Köln (Cologne) (also attending studios in Hamburg, Frankfurt and London) and with some other Pilates teachers (A.M Zulkahari, M.King).

I have worked as a Personal Trainer (a.o. at University of London (ULU) Gym) and nutrition advisor before increasing Pilates engagements.  At Polestar Pilates and Alan Herman Pilates Studio, I underwent full studio training, and I worked with clients who own the equipment on the Pilates Reformer Machine, Pilates Trapeze Bar Table, and Pilates Wunderchair.
In 2019 I was planning to go back to training at some stage celebrating 20 years of exercise teaching then. In honour of this, I am planning to apply for the Pilates Foundation accreditation, which was not available at the time, which requires to refresh and update my skills once again. 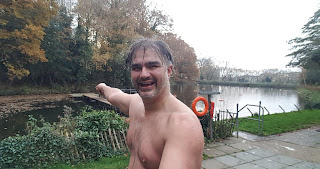 I also held a UK General Practitioner (GP) exercise referral license and was one of the first government registered advanced Personal Trainers with the Register of Exercise Professionals Level III (I have now left the register).  I took further inspiration from Margot Holt, who teaches the David Warren Technique (a rehabilitation and sports consultant who advises top Olympian and Tennis athletes). 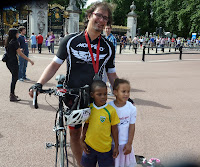 Wishing also to use massage techniques in Pilates exercise instruction I took professional massage training and hold a Therapeutic Holistic Massage Diploma from ITEC (2005) which comes very handy when working and treating people, and sometimes I offer it in combination.

My own sports engagements encompass an early start in long-distance running.  As a pupil, I was exposed to athletics, as I attended the primary school inside the Olympic Village of Munich, which used some of the former Olympic grounds for school training, I also played basketball.  I have and am participating in running and cycle events and last completed an Olympic distance triathlon in September 2014. I am now swimming medium distances up to 2000m in cold water all year round. 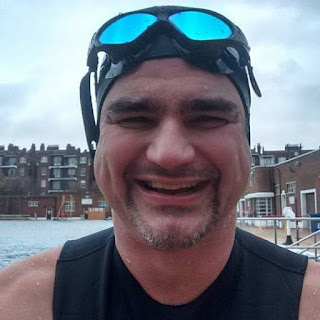 Beyond Pilates: Sports Journalism and Journalism
I was an IPA accredited sports correspondent to Germany during the London 2012 Paralympic Games.  Other stories related to all areas of sports such as cycling, basketball, football, tennis and swimming, often with an insight into the social and political implications.  Since 2018, I am working for the German taz newspaper as their London-based UK correspondent, but continuing to honour all Pilates commitments, even growing them, which I consider a perfect work mix.

Who employed me as their Pilates Teacher?
Amongst the many people I taught, some stood out:
I had a range of national and international VIP people from business, politics, fashion, the legal world,  and the media industries over the years, but also ambassadors, and senior civil servants as my clients.

Look at the testimonies section for more.

I also taught a selection of corporate clients, including schools, charities and corporate businesses and held sessions at gyms like David Lloyds. I currently also teach a weekly session for charity for homeless young people (for staff).

I was featured in Cosmopolitan Magazine and was listed in Vogue Magazine and appeared in Daily Mail's Women's Health Section.

Daniel with Pilates Elder Mary Bowen during a workshop in London 2004.